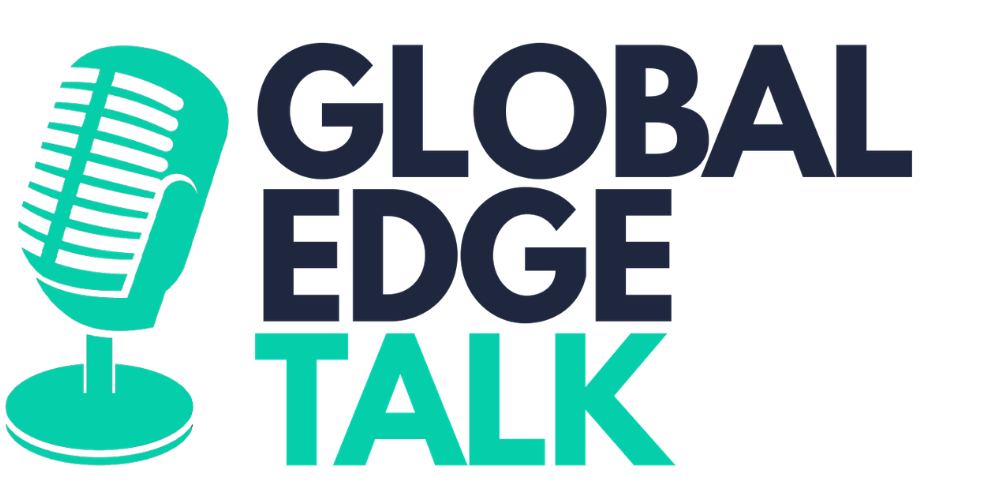 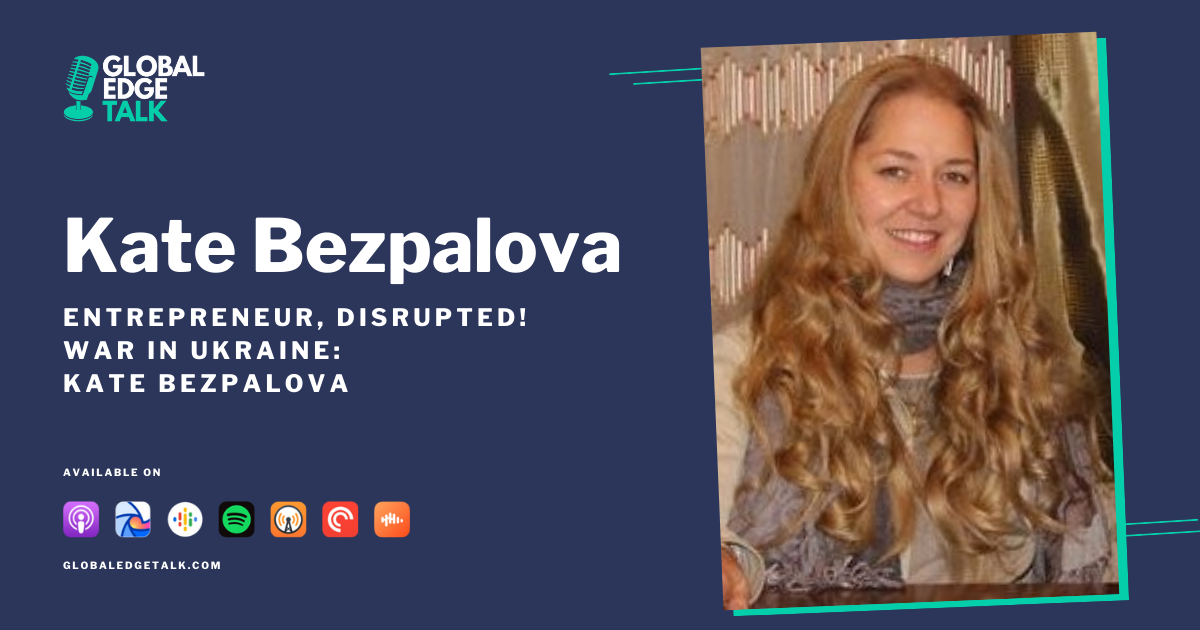 Instead of us introducing Kate Bezpalova, we will let her heartfelt story speak for itself.

From Kate’s personal email to Alex:

Today I feel that I can’t bear keeping so many contradictory feelings deep inside anymore, so I let myself put some of them down. I am going to express MY PERSONAL feelings and share MY PERSONAL opinion.

For 70 days I’ve been almost speechless and numb. Not literally speaking, but feeling exactly as it is. I kept on lecturing at Odessa National University online, translating, and doing some volunteering.  I live in Odessa – one of the Ukrainian cities to have woken up from sudden explosions on February, 24. Soon airborne alerts have become our daily routine and the those locals, who are physiologically strong are already taking them for granted. Once in 1941 Odessa and its citizens experienced 70 days of its siege. However, most of my contemporaries can hardly believe we are witnessing something like this now.

I was among those citizens who hadn’t believed Russia might attack Ukraine so violently, mercilessly and relentlessly. I couldn’t believe it either after Biden’s and putin’s warning speeches nor when the locals were rushing from Odessa to the western part of Ukraine or neighboring countries to find shelter in safe locations. The nightmare, which the Ukrainians could have never imagined in their worst expectations, started 70 days ago and we don’t have the slightest idea when this WAR stops and we will live in peace again.

I’ve failed to be strong enough to dwell on or even post and repost what my county and its people have been experiencing right now. I am not able to find precise descriptive and expensive words. The Ukrainians tend to have very strong associative thinking, so if one is asked to portray Ukraine, he or she will likely draw a picture of a beautiful young woman epitomizing fertility, femininity, symbolizing hospitality and loving family priorities. Daily my Ukraine is being gang-raped and brutally tortured by barbaric intruders who have no mercy, no faith, and no heart. It seems there’s any single spot left that hadn’t been hurt. Thousands of innocent civilian Ukrainians – children and old-aged, males and females – were slaughtered. Many of these innocent victims were buried in mass graves or not buried at all due to permanent missile attacks or as their hometowns are occupied by russian military troops, who seem to have nothing to do with contemporary humans. We feel and appreciate the sincere and strong support of all nations worldwide, who are eager to stop this unparalleled nightmare, but to no avail so far…

Some friends of mine who left Odessa are well aware they were not running away from street fights, falling missiles, and damaged infrastructure, but from their human fear.  Some of them confess they feel as though they betrayed Odessa. Come on, guys… as though, not in fact indeed. Let’s avoid such a bombastic grandiloquent word as BETRAYAL. Honestly, I would prefer to be a regular coward, rather than a traitor. Don’t exacerbate! Some people are afraid of flying, but many of them do fly as they realize that much more people die in car traffic accidents than in air crashes.

Odessa’s infrastructure is damaged as a result of missile attacks – airport, oil storage, etc. Odessa has fatalities. Among them are children. Still, I’d rather call them innocent victims of cruel terrorist attacks, than war casualties. Odessans don’t witness active military operations in the city, but many Ukrainian men in military uniforms. Many of them joined military forces recently and are former entrepreneurs, civil servants, and regular civilians who decided to serve to defend their Motherland. Still, many males prefer to stand apart, which is rather regular for big cities in contrast to small town and villages. “Judge not lest ye be judged”. Many Ukrainians have already settled in their new homes around the world, they are adjusting to new lifestyles, learning new languages, start new episodes of their lives. Most of them left Ukraine forever, very few have already returned, having found they miss Odessa much. Those entrepreneurs, whose business is “portable” have shifted it to Europe, for example, merchant marine crewing companies are not capable of employing Ukrainian seafarers, but the experienced staff tries to satisfy contracted shipowners by supplying them with international crews on boards. So do logistic companies. Some small private factories are moving their production facilities out of Odessa. The others are still catering to the locals, but complain because of the loss of profit.  COVID lockdown taught many people who used to work off-line on regular basis to work online – from schools and Universities, and gyms up to scientific and business conferences, workshops, and art performances.

Some young and middle-aged Ukrainians enjoy welcoming traveling conditions and are going back to Ukraine as soon as the war ends. European and Canadian universities offer beneficial conditions for applicants and are expected to have many Ukrainians willing to enter. However, both small and large businesses face significant hurdles. Traders are not able to ship grain, corn, and sunflower oil which will certainly affect the world, as port is inoperative. No tourist season is expected this summer.

As many men, as many stories. Odessa received internally displaced people, but not many, as it’s still dangerous in the region.

I am rewinding the film of my life. Sometimes I switch on pause and look back on personal and professional achievements I was most proud of, sometimes turn to my disappointing failures, then move on worldwide travelling experiences, keep on rewinding from early years up to February, 24 and … I apprehend distinctly that life has been split into before 24.02.22 and after.

What has my sea-going episode taught me? Once the storm in the middle of the Indian Ocean lasted almost a week. The vessel experienced unbearable pitching and rolling. I am an agnostic, but I’ve got my intimate prayer “God, grant me the serenity to accept the things I cannot change, courage to change the things I can, and wisdom to know the difference”. First, it didn’t help me then, as I had always chosen to be courageous. However, it did on the third day, as I learnt that sometimes it’s wiser to accept.  I am asking myself if I am a truly strong person. I am not. I just found my way to resist stress by self-cheating. It helped me when my dad passed away two years ago. I persuaded myself that he went to sea for his voyage and his journey is on somewhere in the ocean. Another crucial lesson at sea was about delegating responsibilities. Seafarers do shift-work called watches. Once, somewhere in the middle of an ocean-nowhere, I was keeping my night watch at the Navigation bridge. Suddenly I realized that 25 crewmembers trust me so much that they are sleeping. How come? They are aware there’s only me and a watch officer in the Engine room. How can they? No Master? No chief-officer? I still remember my mixed happy feelings.

They know I will see to everything. How could all these men be dreaming safely? Irresponsible delegators or unreserved trust? My dad would be happy to know my maritime experience helps me now. I trust the Ukrainian Armed Forces and I sleep and watch dreams about peaceful life. Faith and glory to the Armed Forces of Ukraine! 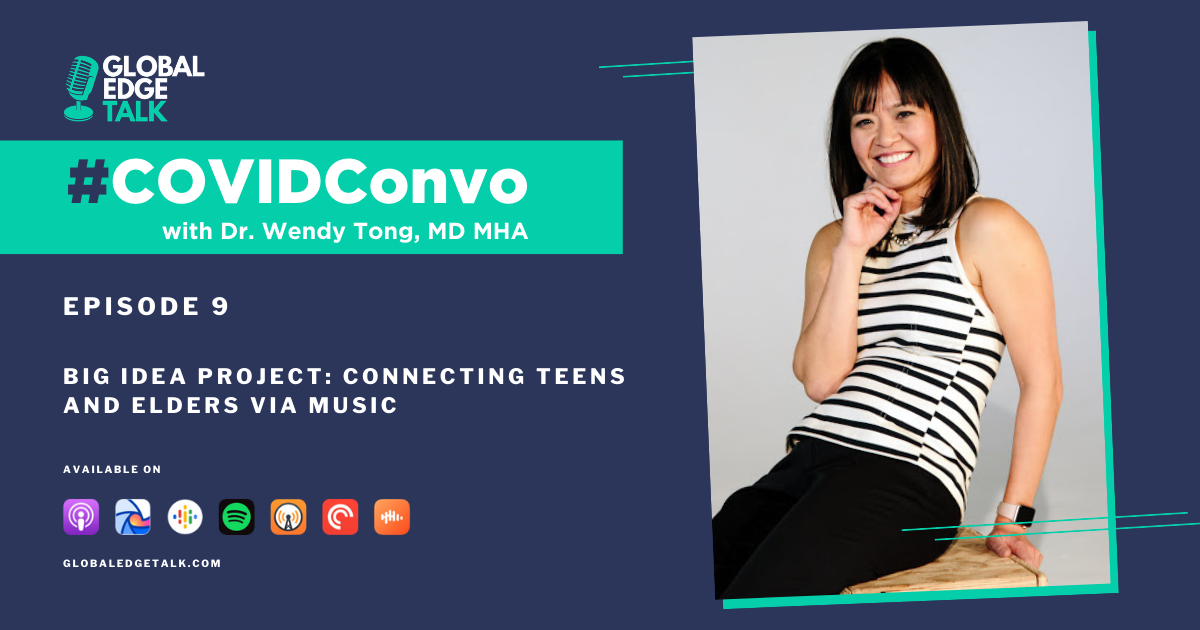 The work of Big Idea Project students improves in caliber and impact every year, and we can’t wait to see how our generation of generous leaders is going to change the world in the future. Big Idea Project harnesses the transformational power of challenging experience to form the whole-student: how they think, feel and behave. 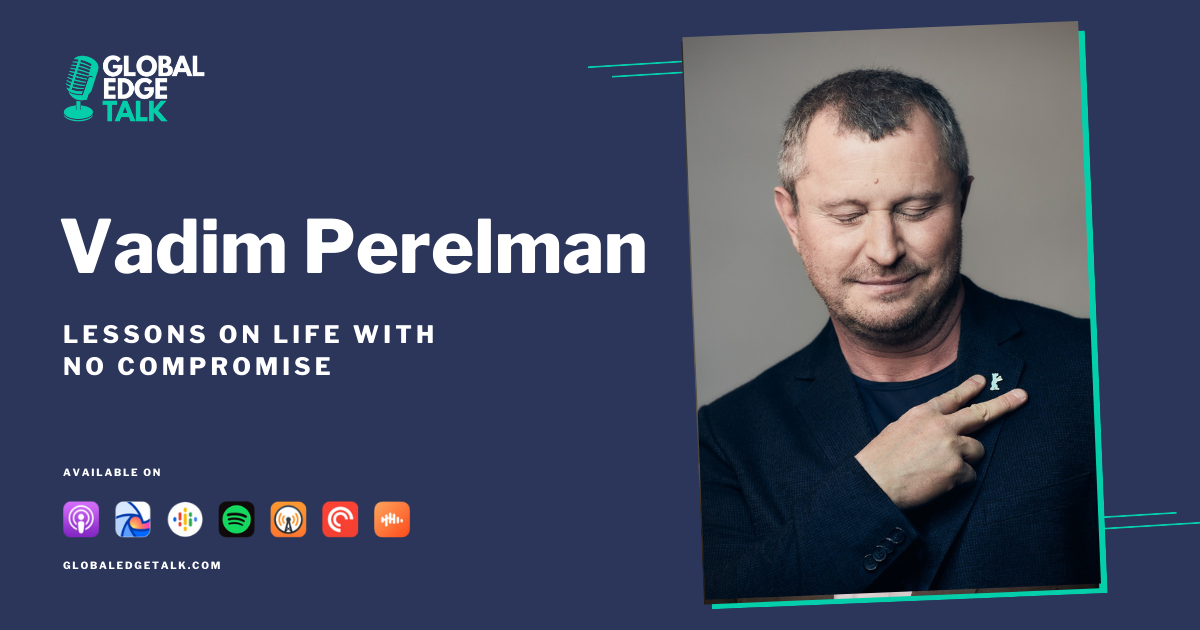 Vadim Perelman: Lessons Of Life with No Compromise

Vadim Perelman is a well-known Ukrainian-Canadian-American film director and producer. Perelman made his feature film directorial debut in 2003 with House of Sand and Fog, following a successful career as a commercial director. The film, nominated for three Academy Awards, also marks his first screenplay credit. Perelman was drawn to the story, having been shaped by

This podcast is brought to you by GobalEdgeMarkets

Ready to take on the global market expansion with confidence?

We invite you to explore how you can super-charge your ideas, develop new client relationships, launch relevant products and services, and most importantly, connect with like-minded entrepreneurs.

learn more about us

Alex Romanovich is the founder/CEO of GlobalEdgeMarkets (formerly Social2B), specializing in ABM (Account Based Marketing), Sales Enablement, Marketing Stack Implementation, and Content Marketing Execution. He is also an Advisory Board Member, and active participant in, TheCMOClub.com which includes nearly 800+ peer Chief Marketing Officers representing Fortune 1000 brands in the USA and Europe. 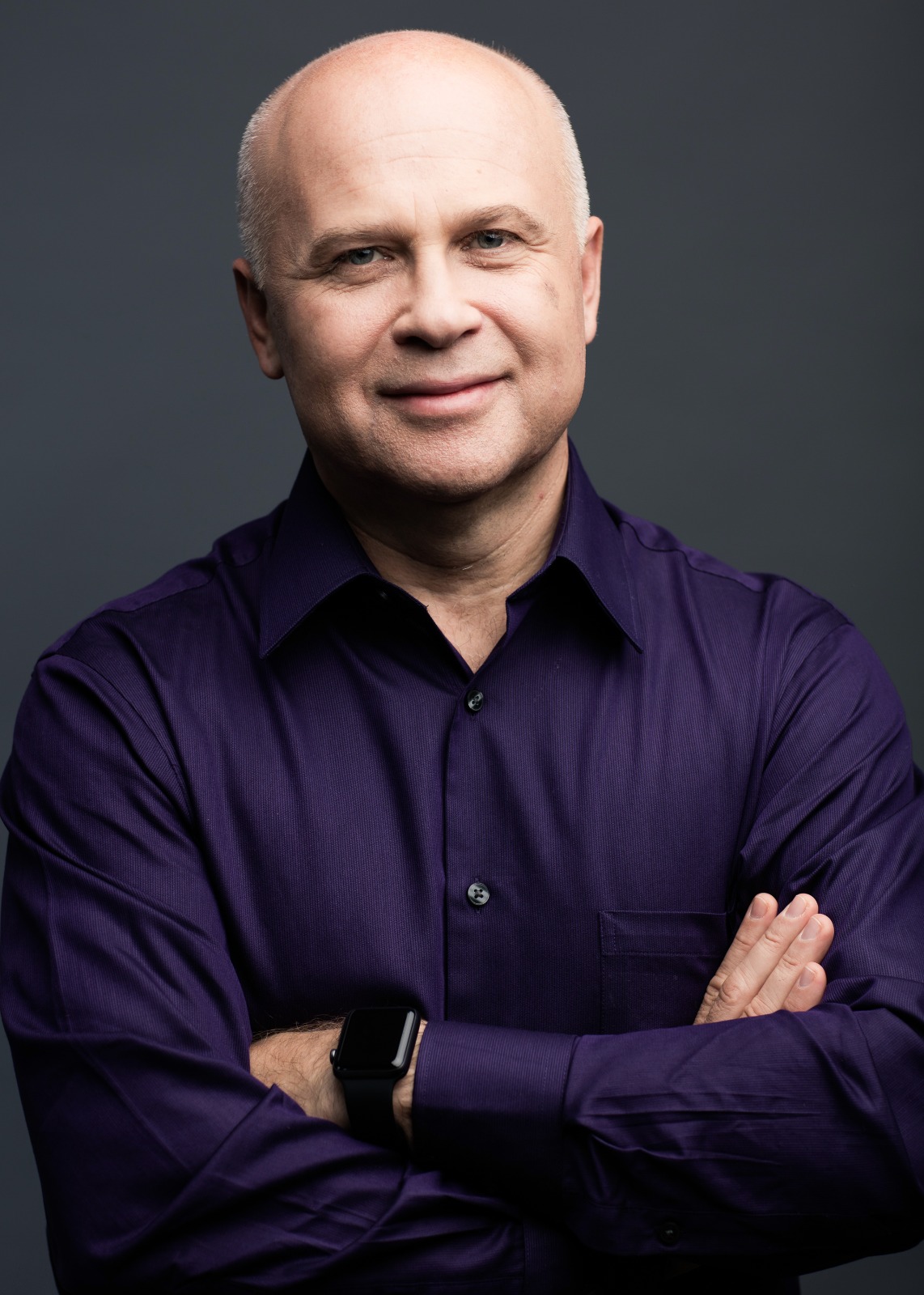 GlobalEdgeTalk is a podcast about Global entrepreneurs, executives, and innovators. In our episodes, we will be combining the best of storytelling with the richness of our guests’ experiences in business, market-entry, entrepreneurship, and lifestyle.

Our episodes feature guests with global experiences, from CEOs of Fortune 500 companies to software developers, from healthcare workers to published authors!

— Join the world of global entrepreneurship